Inflation, population growth, and optimism are all reasons that the stock market goes up. This article focuses on the latter. If you’re unsure as to what is driving the market, consider these other factors:

It is widely accepted that populations increase and fall. This is true for both the United States and Europe. But in the case of Japan, population growth will slow by 40% between 2020 and 2100. This will have serious repercussions on the global economy, since shrinking populations make it difficult to govern and provide public services. In addition, it will reduce stock market valuations. The good news is that the United States’ population will continue to increase for the next century.

McDonald’s in a small town (Just an example) with just 10 people, selling a Hamburger at $1 each, makes $10. With Population Growth, the town now has 20 people. Now McDonald’s makes $20. (Not Counting with Inflation)

In addition to its benefits, population growth also has its drawbacks. The fastest doubling of world population occurred between 1950 and 1987, when the total population doubled from 2.5 billion to five billion in 37 years. This doubling occurred within one generation, since the growth rate peaked at 2.1% in 1962. In the future, UN projections predict that the world population will double every 100 years.

The rate of natural increase depends on both the death and birth rate. In the U.S., the birth rate was 14 births per thousand people in 2005. Meanwhile, the death rate was 8 per 1,000 people. These trends are similar to what is happening today. Although the death rate has dropped, the fertility rate has not. This is a sign of population momentum. As long as the fertility rate does not fall dramatically, the stock market will go up in the long run.

Think Logically, Inflation pushes the prices higher every year, so, every year businesses make more revenue because their products/services are more expensive.

The most common measure of inflation is the Consumer Price Index (CPI). This index consists of a sample market basket of goods and services that were sold in the past. As prices rise, money’s purchasing power decreases. It is possible for people to hold wealth in other assets, but those assets must be converted into money before they can be exchanged. Inflation can cause a decline in an investor’s portfolio, so investors should be mindful of inflation when evaluating investments.

As the cost of living continues to rise, the value of a stock may be diminished by inflation. The S&P 500 has dropped the most since 1939 and has fallen to its lowest start since 1939. Inflation increases the price of commodities, including food, fuel, and raw materials, which lowers the purchasing power of consumers. However, the stock market’s decline may be a blessing for long-term investors.

The Federal Reserve is charged with keeping inflation at its target rate of two percent. The Fed believes that this is an appropriate rate for an economy. However, when the inflation rate reaches eight percent or more, the Fed will likely take dramatic action. To fight this problem, the Fed will raise interest rates. This will slow down the economy and bring the overall inflation rate down. Investing in stocks is an excellent way to beat inflation.

While rising food and energy prices are a risk factor in the short run, they will likely fade as the economy recovers. Similarly, a recession will bring prices down in brutal fashion. Therefore, inflation is unlikely to rise above today’s levels in the coming years. However, it is important to diversify your portfolio against a range of risks and make sure that inflation is not the primary risk factor.

There is powerful evidence for the notion that investing in an index-based stock market will always go up in the future. The market will always rise because the average price of stocks in a given index is lower than the average value of the companies’ stocks. This is a powerful statement, as it suggests that the least risky assets are the most likely to increase in value over the long term.

The rise and fall of the stock market is a well-known cycle, but there are exceptions. Many investors fail to use their judgment during the initial stages of a bull market, and they follow the hype rather than their own. Others fail to trust their judgment and sell their stocks in order to protect their gains. Optimism generally dominates during times of market rallying, while pessimism usually prevails when things go bad. Market fluctuations are often short-term shocks to the market, and the rises and falls are not permanent.

Investors have different styles. Optimists are more confident and optimistic, while pessimists are more cautious and conservative. However, the stock market rewards those who take quick action and look for new opportunities. Pessimists typically make mistakes and fail to take advantage of these opportunities. They may also make mistakes that would have resulted in their failure, and are less likely to take advantage of them.

Learn How to Develop a Million Dollar Stock Portfolio

On the Professional Stock Investing, you will learn: 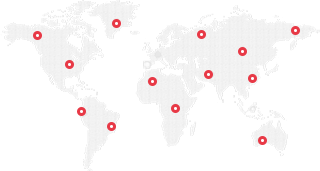